How I discovered Japanese Music / 日本の音楽を見つけた時

I have been a huge fan of Japanese music for the past 15 years. It defined my teens and has continued to define my 20s. For better or worse, my place in life would be drastically different had I not fallen down this rabbit hole. 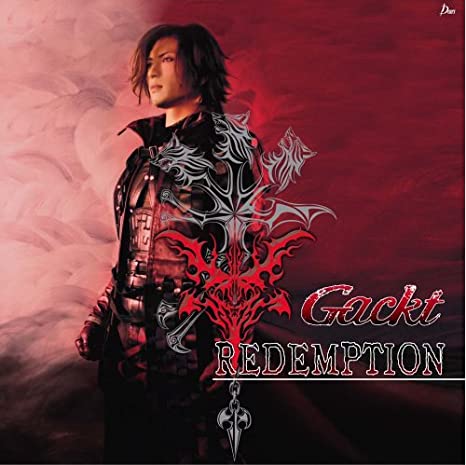 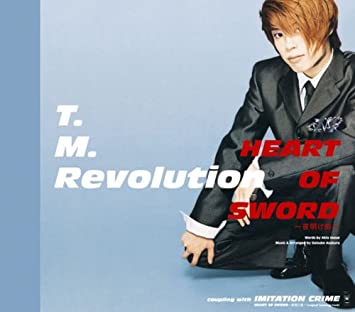 It all started when I was in middle school and I was introduced to Gackt and T.M. Revolution by a friend of mine who's older sister was into animation soundtracks and Final Fantasy. Of course I had also heard Japanese songs used in some anime opening and closing credits, but these were usually some sort of late 80s or early 90s pop ballads that I had assumed were the kind of standard in non-western countries. This type of music, as well as the city pop genre, has grown immensely popular since, but at that time I wanted music with a little more energy and so never paid much attention. I grew up listening to all the bands my dad would play on his stereo; mostly grunge, 70s classic rock, 80s hair metal, and then that 90s wave of nu metal and post grunge hard rock bands. I even had an old school rap phase when I was four or five years old for some reason.

When I was 13, my favorite bands were AC/DC and Korn. Disregarding their musical legacies and amazing talents, there was nothing very unique about liking these bands and I guess you could say I had failry conventional tastes. I was just one of those preteens who got into rock and enjoyed wearing album cover print T shirts (I had a nice collection of AC/DC T's from Target and Bob's Stores). To give myself some credit, I was not just a casual listener. I was genuinely interested in band histories and back catalogues. I listened to albums from start to finish, giving attention to each song, and learned how bands changed over time. The potential for my musical exploration was there, I just needed some catalyst to push me into uncharted territory. My introduction to Japanese music could not have come at a better time.

Hearing Gackt's「Redemption」for the first time, I realized that there were musicians outside of the English speaking western world whose production is on par with the music I was used to hearing. I went on to listen to everything my friend's sister had. Not only was this music more than just poppy ballads, but it was energetic, creative, and most importantly, diverse. We all know an AC/DC or Korn song when we hear it. Some people may say "all their songs sound the same", and while diehard fans may deny that, it is understandable. I remember listening to Gackt's「Redemption」, 「Mizerable」, 「Last Song」,「Vanilla」,「Black Stone」, and a cover of Stevie Wonder's 「Fire」. I was shocked! How can one artist cover so many different genres? Understandably, I was still ignorant to the wide world of music, but this went against all I had known.

For a couple of years I continued on my search for more Japanese music. There were some big name artists like L'Arc~en~Ciel and Puffy (aka Puffy Ami Yumi) that I found through watching Cartoon Network, but they never sparked my interest too much. Youtube was still in its infant stage at the time, so there was not much available, but I was able to find some artists on Myspace like Miyavi. I came accross his fan-made music page with two donwloadable songs,「ロックの逆襲」and「オレ様思考」. I listened to these mp3s over and over again. Miyavi's heavy guitar and raspy vocals sounded so cool! I knew that alternative rock acts like L'Arc~En~Ciel and Gackt existed, but this introduced me to a whole new genre of Japanese music that was a bit heavier and not as strongly associated with anime or RPG fantasy games. 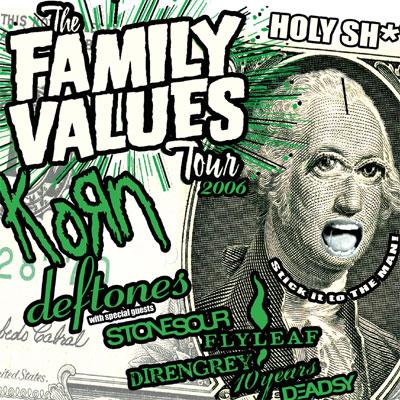 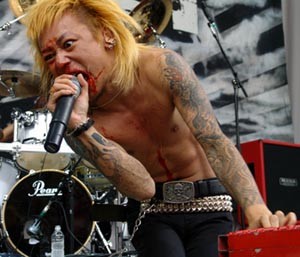 Then came DIR EN GREY. lt was just a few days after Christmas in late 2006. My friend and I had gone along with his father to Walmart to make some returns. We each had a few gift cards, so we decided to take a look at the CD selection. Lo and behold, I found Korn's 2006 family Values Tour CD, with a sampling of the bands that played on the tour. I was 15 then, and I had already ventured out a little and started listening to some bands like Lamb of God and Skindred. Most other kids were getting into emo or some of the early mid 2000s metalcore / deathcore, but I was lost, with no scene to call me own. The nu metal bands on the cover were familiar to me, so I thought, what the hell, I'll check them out. I turned it over to see the track list and saw that there were two songs by this band, Dir en grey, one of which「凌辱の雨」, was obviously not English. Intrigued, I took it home and, sure enough, these were Japanese songs sung by a Japanese band that just blew my mind! They were heavy, heavier than any of the other bands on the compilation, and super passionate. Since then, Dir en grey has been my absolute favorite.

Most kids go through some sort of phase or scene during high school, and mine was basically "obscure" Japanese bands no one around me, besides a select few friends, knew about. By 2007, the internet began to provide much more information on Japanese music. I could find Dir en grey's older music videos, and, to my surprise, they looked very different than the image I had of Kyo shirtless, covered in his own blood. With songs like 「Garden」or 「Cage」, I discovered their history as a visual kei band and the connection they shared with muscians like Gackt and Miyavi. It was confusing at first, as their music sounded completely different than each other, but it was perfect for me. I could enjoy the music I wanted to listen to without the constraints of a conventional music scene. I had ultimate freedom, but I didn't fit into any social groups. I looked like I belonged to the burn outs, emo, and goth kids, with my long hair and black attire, but while they were listening to ICP, My Chemical Romance, and Bring me the Horizon, I was listening to Dir en grey, The Gazette, Sadie, Mucc, Versailles, Girugamesh, Malice Mizer, Kanon Wakeshima, LM.C, Nega, Plastic Tree, Screw, Unsraw, Awoi, Vamps, X Japan, hide, and nightmare, as well as non visual kei bands like High and Mighty Color, Maximum the Hormone, Orange Range, Asian Kung Fu Generation, the Pillows, One Ok Rock, and Uverworld. I was also getting a little into kpop around this time, but that's a story for another day,

My friends and I found most of these bands online, but besides that, a good source for the latest in visual kei was Hot Topic, which started reserving a small corner in their stores for Japanese music. Dir en grey and Girugamesh probably saw the most success here, but I remember seeing An Cafe, Ayabie, and D'espairsRay albums there too. In addition, there was a magazine called Purple Sky that featured all the new and upcoming visual kei bands. As a result, I was mainly exposed to visual kei during this era of my life.

After entering university, and especially after coming to Japan, my musical exploration exploded. My tastes have broadened a lot, and I have actually veered away from visual kei for the most part. Currently, my favorite Japanese musicians / bands are Dir en grey, Endo Michiro, Mass of the Fermenting Dregs, and Crystal Lake. Visual kei has lost its place as my main music scene, but I still keep an eye on up and coming bands.

Japanese music is the reason I live in Japan. It totally changed the course of my life. How about you? I am sure there are many others whose stories are similar to mine, especially those who grew up in the US and had a Hot Topic at their local mall. I wonder about people in Europe though? Through Ganshin and Okami records and such, a lot of Japanese bands actually toured there (far more than they did in the US). How did you discover Japanese music?